What the World Needs Now...

I am listening to CBC's "Canada Live", which will be featuring the 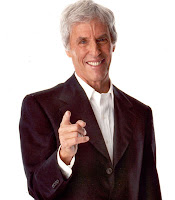 In her intro to the program, the announcer said, "What's old is new again". I beg to differ. I say, "What's 'old' is never really 'old'."

"If I speak with human eloquence and angelic ecstasy but don't love, I'm nothing but the creaking of a rusty gate.

If I speak God's word with power, revealing all his mysteries and making everything plain as day, and if I have faith that says to a mountain, 'Jump', and it jumps, but I don't love, I'm nothing.

If I give everything I own to the poor and even go to the stake to be burned as a martyr, but I don't love, I've gotten nowhere. So, no matter what I say, what I believe, and what i do, I'm bankrupt without love.

Love cares more for others than for self.

Love doesn't want what it doesn't have.

Doesn't have a swelled head,

Doesn't force itself on others,

Doesn't fly off the handle,

Doesn't keep score of the sins of others,

Doesn't revel when others grovel,

Puts up with anything,

Always looks for the best,

But keeps going to the end.