Many people equate the start of a new school year each September with a "New Year" such as we mark on January 1 -- and having an early September birthday has often under-lined this for me.  This year I've decided there are some things in my life I have to deal with, and today is as good as any for me to do that.

I need to drop some weight -- about 15 pounds.  And aside from moving more (which is harder to do in the winter around here) and watching everything I eat (which I've been doing for years), I have one last strategy left: cut out the drink-or-two in the late afternoon.  Yep.  It's gotta go.  I have to replace it with a new habit, and I've a couple of ideas: switch to soda water with lemon, and just keep busy.  If I'm out at an event, the odd glass of wine won't hurt me, but I've been over-indulging otherwise and it has to stop.

Next up?  Travel!  I'm going to work on my "bucket list" and lay out some strategies for going the places I want to go and things I want to do in the next ten years.  I figure that by 77 I won't want to do as much, so I've "gotta git 'er done" in the nearer term:


These objectives are going to take some doing -- involving discipline and self-control, against which I've been rebelling rather regularly for the past 15 years.

Yes, this Goodie-Two-Shoes has been rebelling against some of her former tendencies to be organized, rigid, and obliging to others -- primarily because for over 50 years that's how I was, and at the end of it all, I was exhausted, frustrated and angry.

But I'm coming back around to my former self -- and hoping to practice discipline and self-control more gently, more softly, more lovingly this time around, so that I can get to where I want to go.

The motivation behind these "New Year's Resolutions" is to live my life, rather than having my life live me.  It's to bring me more enjoyment and more opportunities to be inspired, to learn new skills -- to keep creating art! 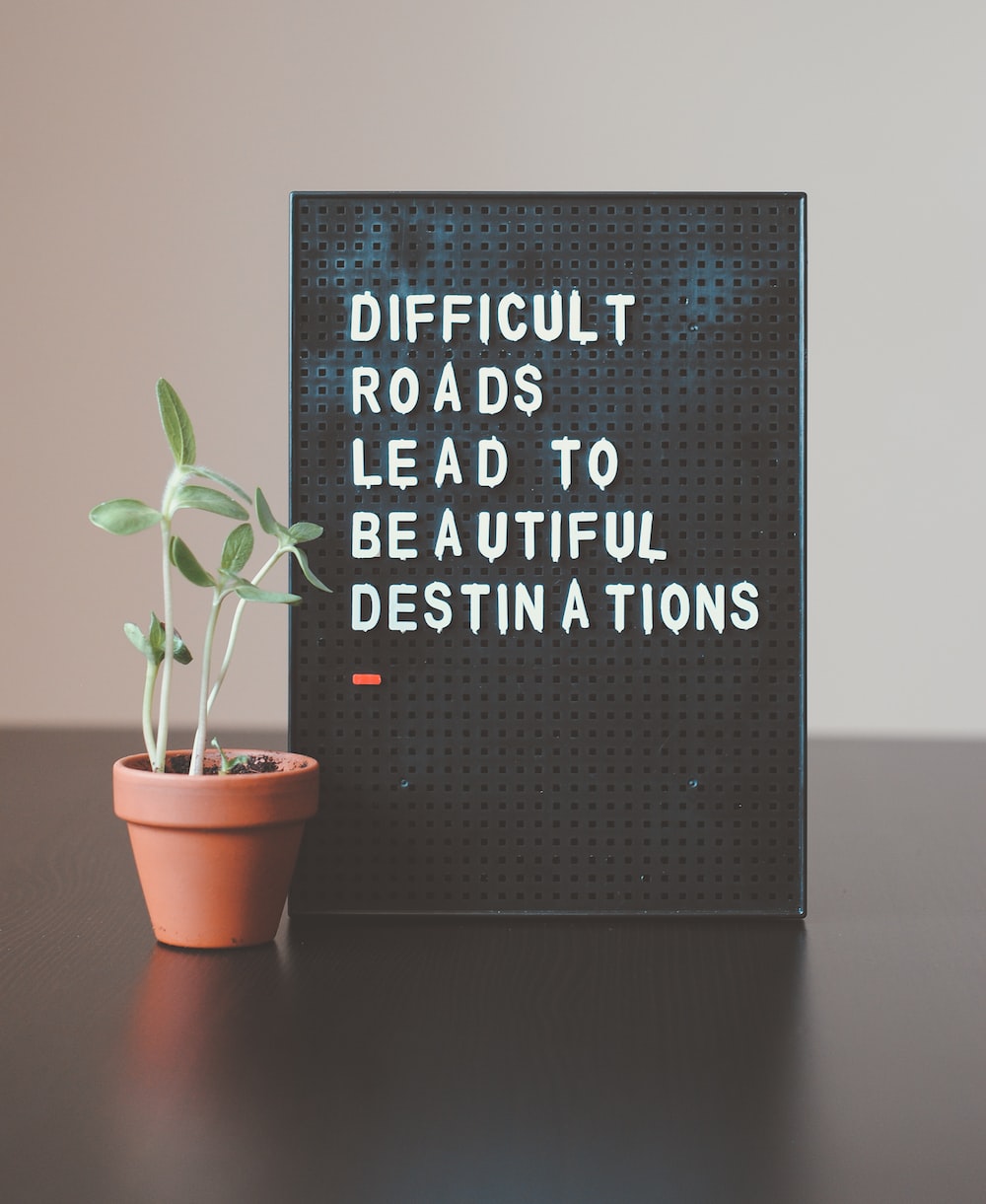 And in that vein...Here's what I've been working on lately:

Watch That Sky! is hanging in the Lacombe Memorial Centre, awaiting the "Behind the Words" fund-raiser September 25.  It's a very different sort of fund-raiser, and if you're in the area, you might just want to check it out!

I finished this knitted wrap that's taken almost a year and has (thankfully!) eaten up a good part of my yarn stash.  It's cozy on its own, but will also add warmth over coats this winter:

I picked up a pair of socks that I began in 2012 (!), finished the first sock and am now about to turn the heel on the second.

On Labour Day Monday, my friend G and I spent most of the day working on the first of the two string quilts being made for the Syrian refugees our church expects to arrive in the very near future.  We got 14 blocks -- trimmed to 10" square -- out of the 36 that were prepped.  Later today, I'll be tackling a few more: 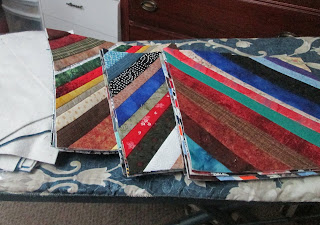 It was G's first time making string blocks -- and doing "QAYG" (Quilt As You Go), so she now has a couple of new skills.  What delights us both about these blocks, though, is the way they look when all the sewing and trimming is finished.  You don't really 'get' how they're going to look while your working on them but at the end -- wow!  They're colourful and fun and all those odd strips really do go together!  😊

And what of the Wall-to-Bed Project?  God willing, my long-arm quilter made it home safely from her Maritime holiday yesterday, and I'll be able to take the top and backing over tomorrow for her to start the work on it.

In the next couple of weeks I hope to make my sample(s) for the SAQA All-Canadian Call for Entry, "Colour with a 'U'".

2020 will usher in preparations for the Annual Lacombe Art Show and Sale, and my role as Featured Artist.  New pieces will need to be made.

And so...more of the same in the coming months, but with a bit more shape, and focus, and determined self-care, so that I can meet the next part of my life with better health, greater peace and deeper joy.

Thanks for hangin' in with me for 1567 blog posts...and for joining me on this journey of life with HEart.  💗  I'm linking this to Nina-Marie's Off the Wall Friday, and wishing you all a wonderful week ahead!
Posted by Margaret at 11:30 am

Email ThisBlogThis!Share to TwitterShare to FacebookShare to Pinterest
Labels: Behind the Words fundraiser, bucket list, new year, Off the Wall Friday, self-care, Turning 67

Happy Birthday! I hope you had a pleasant day.
I like your mosaic wrap. It will be lovely to wrap up in, while reading or knitting this winter.
Good luck with your bucket list. I saw an ad for a knitting retreat in Sandinia and thought how lovely that would be. Your goals seem more attainable.

Congrats and Happy Birthday, Margaret. I do love your attitude. I should follow your example. Who needs unnecessary frustration at this age? Not us!

Oh your words resonate with me.
I have habits I know I have to change. But I resist so....
Hubby and I are making a start on it together. So many things we still want to do- together. We know that all do not have that chance.
I am thinking about the saqa conference. So close 1 hour away... but the cost of the hotel etc seems to much when I only live an hour away.
Still mussing it over.
Happy Birthday
Jo

Happy birthday, Margaret. I can be rebellious as well so I will be cheering your goals and watching to see how you make out.

Margaret I just had to laugh when you mentioned that at 77 you might not have the desire to travel anymore. I just made 77 and nothing changed. I am still looking forward to travel and hope to do so in the coming years. Good luck with all your good intentions and bucket list. You will succeed I am sure.
Lots of love from Saba.

happy birthday Margaret.
All your plans sound ambitious to me.
Best of luck in the coming year.
xo