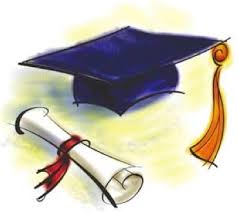 In 2004, our family endowed a pair of bursaries to graduating students at my former high school.  A point system was developed, and has been refined over time.

The applicant is allowed 10 points for each of the following: his/her personal application letter; two letters of reference (one from an educator and one from outside the school, but not from family); and his/her high school record (marks).  This makes 30 points.

An additional maximum of 20 points is given based on a financial needs assessment.  This was created so that the applicants could develop an awareness of the cost of post-secondary education, as well as to determine need -- so that students weren't just being assessed on the basis of scholarship.

I believe that a post-secondary education is not found in universities alone, but also in various trade and vocational programs, and so students with talents and goals in these areas of endeavour should be given an opportunity to go to school -- and financial need shouldn't be a barrier.

Since that time, I've been honoured to be part of the committee to assess the applications submitted each spring.  The bursaries amount to two prizes of $500 per year, one given to a male and one to a female.  Every five or six years, I fly home (i.e. back to where I grew up in Eastern Canada) to give out these prizes in person.

For years it was like pulling teeth to get boys to apply.  One year the application review time line was shortened considerably, simply in order to get some boys to answer the call -- because, you see, if no boys applied, the money wouldn't be given to a girl -- nor would the selected girl get double funding.  The funds would just go back into the endowment investments till the following year.

This year I have 64 applications to review -- 35 from girls and a whopping 29 from boys: the greatest number of male applicants I've seen in the history of the program! Wow!

I try to review each application twice -- and as of this morning, I finished my first 'fly-over' of the boys' applications.

Very few of these applicants, this year, are aiming for university.  One wants to be an engineer, and two, teachers.  There are several who want training to be light-body (i.e. cars, trucks) mechanics.  One wants to be a chef.  Two want to become carpenters.  Some want to develop skills and knowledge in computers and digital technology and/or graphic arts -- and two or three want to be entrepreneurs with training in business and marketing.  Two want to be police officers, and one wants to be trained in Border Patrol.

In addition to the crop of trades and vocations that dominate these applications, there are some very interesting stories.  Several boys live in single-parent families, whether due to death or divorce.  This is becoming more common each year, but this year, at least two applicants mentioned that their mothers had also gone back to school for opportunities to make a better living and accomplish something long desired. 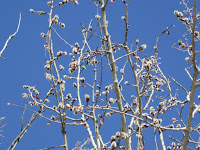 Then there are the other challenges faced by these students.  There are learning disabilities, physical injuries overcome, a diagnosis on the autism spectrum, and heartbreak at abandonment by a father "who cares for no one but himself" -- this last written as a footnote to his Financial Assessment, by a boy who, as reported by one of his references, has regularly helped her in her home to do the things her multiple sclerosis prevents her from doing.

Why am I telling you all this, Gentle Readers?

Because after yet another Winter of Discontent, with continued corruption and strife in political leadership, with concerns about climate change, with natural disasters of the like not witnessed before, with terrorism and bouts of violence still cropping up to jar and shatter innocents around the globe...well...one just might want to fling up one's hands in despair.

But these applicants -- these young men who've stepped out with faith and courage to actually express themselves on paper and assess in their hearts and minds what they'd like to do to move forward in life -- these young men have opened my eyes to HOPE once more.

I know full well that their futures will not be all milk and honey, all smooth sailing -- but they're setting their faces like flint towards what lies ahead, and for that I applaud them, and thank them, for as Max Ehrmann opined in his Desiderata...

"...with all its sham, drudgery and broken dreams, it is still a beautiful world."

I am impressed. I hope you will do this again with the applications from the young women.

Hope is a saving grace and I totally agree that when things are kinda bleak it is so good to find the happy places because it still is "a beautiful world"! Thanks , Margaret.