I live in central Alberta.  The province's population is approximately 4,334,025 as of...about now.

I live in a hamlet (i.e., a small village without its own governing body), "owned and managed" (quotation marks mine) by the County of Lacombe.

The population scale from California to the whole of Canada to the Province of Alberta to the Hamlet of Mirror is...definitely declining!

I'm here because I like it that way...but sometimes there are "inconveniences".

Today marks two weeks since I ordered a batch of Procion MX dyes from The Paint Spot in Edmonton.  That shop is located in "Old Strathcona" which is a wonderful area in the original part of Edmonton, appealing to artists and whole food buyers and all sorts of esoteric and wonderful shop owners -- and their customers.

That's a long time in 2019 terms -- especially from a place that's less than 2 hours' drive north of here.

I talked to a human being...who put me onto another human being, whose name is Laura.  Laura was contrite.  She found the order.  She realized it hadn't been flagged on her "to do" list.  She apologized.  It will be sent out tomorrow.

Shipping costs -- it must be noted -- are very reasonable from this shop. (It's MUCH higher to ship from a shop in Vancouver or from another in Toronto, both of which shall remain nameless for purposes of this post.)

I expect that I'll get the order by Friday.

I'm okay with that.

Laura and I had a conversation -- with typical Canadian apologies on both sides.  😉

My blood pressure has remained normal.

And...I wonder...having read the angst experienced by others in a Country That Will Remain Nameless...if...just if...perhaps...maybe...an appreciation for doing Smaller Business on a Smaller Scale with Smaller Expectations and Greater Interpersonal Contact, well...maybe that's perhaps a Better Way? 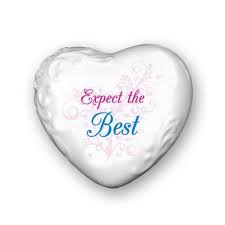 I predict that small business may be a wave of the future, as people get frustrated with dealing with large, far distant, companies.

Wonderful advise, wise one. Taken graciously, your order will be handled with due commitment... and you will be able to do business there again! Good going!
Love your posts! I learn from each one...

Read this to hubby! Absolutely!

Online shopping has changed the world for artists like us who live far from urban centres.
Enjoy your winter projects Margaret.
xo