Perhaps its the weather; perhaps it's my age (I'll be 65 in less than 3 months); perhaps its everything going on in the world...

Whatever it is, lately I've had a daily challenge to feel anything but emotionally and mentally unsettled.  Sometimes I just wanna do what I wanna do, even if it's nothing. 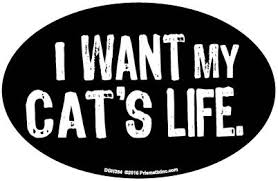 It didn't start with this, but one of the frustrations of late was the discovery that my first two pieces for 15 x 15 this year weren't quite the right size.  Even blocked, they were both a tad small.  In the photo below you can see edges of "Agnes Meets Jane" that are just within the bounds of an earlier piece -- "Back to the Garden" -- that is the right size. 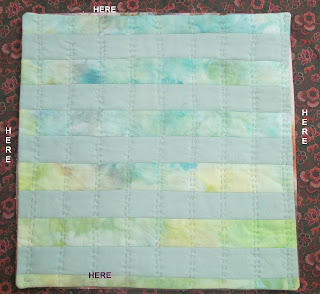 And here's the same sort of photo of "Winter", in which the differences are a bit more obvious... 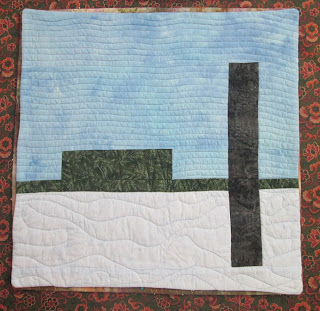 It's not as if I can't make something 'to size'.  Here's my piece for the 2017 SAQA Benefit Auction, for example, with is indeed 12" square:


Taken together with the fact that I've not been as excited about the 2017 project in the group, as I was with earlier themed challenges, and the fact that sometimes I want to work either larger or smaller from the get-go...and...well...I've decided to step out of the group.  There are other projects that are calling to me -- ones that are unlikely to be exhibited, even.  Ones that call for a 'when it's done' time frame, and more hand-stitching.  Ones that are more utilitarian, for charity.  Ones that aren't quilting at all but knitting and/or embroidery (I've just been commissioned to make a set of pillow shams, to make a twin-bed quilt, to bind another 'apple core' bed quilt and to make a knitted shawl).

And please...I've heard the platitudes about 'you're only as old as you feel'.  I don't feel old, physically -- but some days I am very weary within myself, indeed.

In Canada -- as I was explaining to a Dutch colleague recently -- 65 is rather a milestone, whether one wants it to be or not.  One becomes eligible for a government pension -- the "Old Age Security" pension (OAS or OAP for short) -- and there are distinct changes in expenses as well as in income.  For example, in some provinces, insurance premiums for some health insurance programs (like one I'm in) are waived at 65**, and other benefits increase in scope and value.  One truly becomes a "Senior"....in tangible as well as intangible ways.

And this seems to have sent me into a bit of a rebellion -- wanting a looser time-table, saying 'no' more often to requests for 'volunteering', while simultaneously wanting to be sure I'm still needed, still have a purpose.  Just without strings, without expectations, without demands.  I want to eat what I want, drink what I want, exercise only if and when I want...instead of doing what 'They' say I should do, what is good for me.

For a rule-following, nerdy, goody-two-shoes, this is quite a turn about!

I hope within the next few months I'll find my footing again -- or at the very least, learn to tread on this road that's 'under construction', full of bumps and holes and blind corners.

Right now, it's time for a jog.   Happy trails!

**And on that note...I was going out the door just now when I got a call from Alberta Blue Cross about this 'milestone birthday'...forms are on the way to me to register for the changes that will take place effective October 1...!!

So, Margaret, as always follow your heart. It is perfectly OKAY to do nothing, to stitch, to choose what you volunteer at, etc. etc. etc. But you know that. :) Given that I just 'love' the fact that I am nearing 70 (!!!!), I can relate. I do what I want when I want when it comes to my art these days and, amazingly, as I let go of 'have to', I find myself with inspiring projects that I want to do. I am sure you will come out the other side of your quandary with amazing happiness and fulfillment. Love you no matter what you do!

Oh, Margaret - you share a familiar refrain. The changes that moving into mid-sixties can bring are great and devastating at the same time.
Your new work is beautiful and I am so enjoying my SAQA Spotlight Auction piece...
I visited the wonderful Fifteen x Fifteen blog and this grouping is truly exceptional. Be very proud to belong to such a special and talented group of fibre artists. Don't worry about "smidgens", your piece is terrific.
Do enjoy this beautiful albeit short summer...always look forward to your news.
Bethany

Everything you say has been an echo of feelings I've experienced over the past few years ( I turned 72 in March). My angst included some fairly serious health issues, and the frustration of dealing with the Canadian Universal Health System. After three years of artist block, (gotta love those pain killers!)I'm only now getting back into the fray. I don't know what to do. I have put a stop to a few volunteer activities, and can now spend most days in my studio, but Where do I start?
Pat F in Winnipeg

I agree with Judy to follow your heart... Having just past the 65 marker last month myself, I can relate to what you are saying. It is a challenge for all of us in these visibly unsettled times, yet also good training to stay open to what our hearts feel and want to express. Things change always. We will find our way... somehow. Love the piece you donated to SAQA, too!

This too shall pass, and you will be rejuvenated. It just means it's time to step back for a moment, admire what you've accomplished, and decide what the next step is and what direction it will take. Take a rest. Be rebellious. Have fun.

Ah, I was kinda excited to get that milestone cheque. Now I am back to forgetting how old I am. I am unsettled but we are 'under construction' as we determine where the turn in our road is. In the meantime, I jog in place. Its okay to turn down our expectations as we look around for new ones. Bless you! I do like Vincent meets mod!