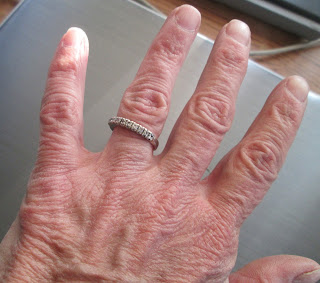 I now have what I remember as my mother's hands, though with the short, fine bone structure I inherited from my father.  When I am gone, this ring is to be given to my son, meant to be passed down in the family...