And my daughter the 'Teach'.

Yep. Those are my kids. I've had a long chat with both of 'em this week. They are my mainstay since my beloved passed. 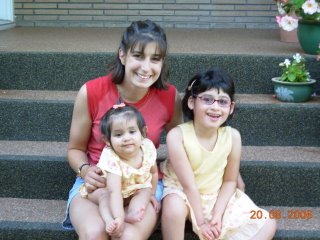 She is studying for her M.Ed.(General Special Ed) and works with kids like the little one on the right, who have learning and developmental delays. 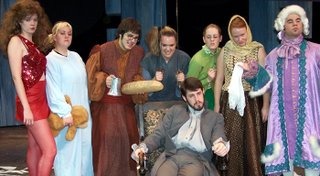 He has just finished 12 hours of shooting film as an actor in another student's film project...and has a few more to go, because they've only shot 15 minutes worth of actual 'show'!

He's been nominated by his university for a scholarship...She's waiting for the financing to come through on her own condo because her DH left the week before her father died in August...

Aren't they wonderful?!
Posted by Margaret at 8:57 pm