Not really.  That is, we didn't really meet.

We were a (Canadian) Centennial Project.  Our English teachers (1966 - 1967) were friends but, as life would have it, lived in opposing corners of Canada: southwest of Montreal (mine) and in Vancouver, B.C. (his).

The year was 1967, and Canada was celebrating the Biggest Milestone in its relatively young history: 100 years as a Confederation of disparate origins -- including indigenous peoples, European immigrants, American draft-dodgers and so many others.

Nobel Laureate, Lester B.(Mike) Pearson, was Prime Minister -- on the Liberal side of the ledger (for my U.S. friends, think "Democrat").

Our teachers thought it would be a Grand Idea if they could connect two sides of the country with correspondence -- paper and pen, envelopes and stamps, long before e-mail and 'texting' had ever been invented.  (The only computers were in large rooms on college campuses and elsewhere. No cell phones either.)

My DH picked my name off a list...and we wrote for 2 years, till some time in 1969 or '70 when (I expect) each of us got bored and stopped corresponding.

I graduated from high school in the spring of 1969, and after a memorable summer working for a wealthy family in White Plains, NY, I entered McGill University.  I graduated from that venerable institution in 1974, and spent most of the summer visiting my younger sister Out West in Calgary.

On returning home, just before I was to begin work as a nurse at the Montreal Children's Hospital, I heard from my parents that "a fellow you used to write to in B.C. has sent you a letter".  On a visit home I collected said letter.  He was planning a trip East to look for work.  Could we connect?

Truthfully, he later told me, he never expected a response.

He spent a week in Montreal at the YMCA, following up on letters of reference for work in radio (he was a behind-the-scenes producer).  He landed a job, found an apartment and with an empty suitcase, returned to Vancouver to tell his stunned parents he was moving to Montreal. 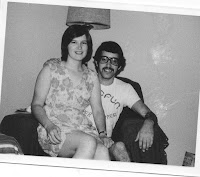 We were engaged in February 1975 and married on August 9 of that year.

We moved to Calgary in the fall of 1976 to ensure a secure future, as Quebec's political situation at the time was very uncertain.

We loved each other; we loved our kids.  We wept and prayed for miracles that didn't happen the way we wanted them to.

I've had to craft a new life out of those ashes -- as have my brave and struggling children.  But they were born and raised in love and I know they know that. 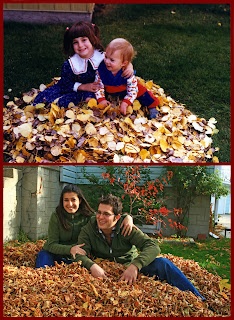 I created an art installation -- Mark on the Body -- to honour the people who -- like us, like my husband -- live with and try to cope with life with the auto-immune disorder that is Type 1 Diabetes, for which there remains (at present) NO CURE.

I've moved on to make work that has and is touring the globe, or can be purchased in local galleries, or commissioned.  I moved to a small hamlet in a beautiful place that heals and sustains me.  I have friends, new and old, and travel "home" to Quebec every few years to visit family and friends there...as well as my long-gone parents, other close relatives, and of course, my DH.

Howard loved me more than I loved myself.  He taught me wisdom and grace.  My analytical, introverted spirit was matched by his love for life, his extroverted joy in others.  We matched each other in persistence and determination, and in our blended Judeo-Christian faith.  Our love for our children was beyond expression, as we sought -- and failed -- to protect them from the ravages of his illness.

I am who I am not only because of my heritage, my parents and their choices, my siblings and our relationships...but also, in great part because of the gracious, funny, loving man I married, whom I remember on this day. 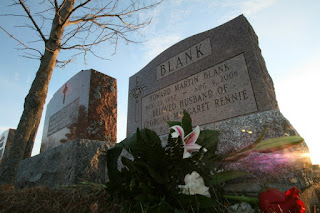 When we met in person for the first time, Howard reminded me of Paul Simon, who in those years was sporting a moustache and sometimes, a peaked cap.  It is only fitting that this song from Simon & Garfunkel was recorded in 1967-'68 -- the years Howard and I were corresponding.

As if this writing, I am a month shy of 67.  I think that Howard and I knew we would never see 70 together.  Funny how back in the day, 70 seemed so old and so far away.

On one of our first dates, we coined the phrase, "AFA" -- for "A Friend Always".  I gave him a small gift as a token of that day, and I still have it on a bookshelf in my home.  Howard was my love, my partner, my co-parent...but most of all, from 1967 onward, he was my friend.

I know that I know that he watches me as I approach that age -- 'three score year and ten' -- and as our children make their ways in the world, and we all craft our lives through challenges, struggles, joys, sorrows, and with the love he and I tried to foster...we remain friends.  Old friends. 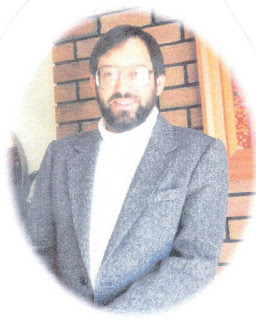 Happy Anniversary, Margaret. I married my best friend and it makes life all the better. Enjoy the good memories, today.

You are blessed! I had no idea what a very good friend I was getting when I married my dearie. Great tribute!

Hi Margaret, this was very beautiful and moving. Although we have never met I am Howard's second cousin through my grandmother Ida Blank Polisuk and his grandfather Morris Blank.

Sending love and a hug your way - Howard was a very handsome and very special friend and always will be... in my thoughts today.
Bethany