Oh, What a Time It Was

The "detour posts" about my disconnected comments aside, I left off with a brief post as I was leaving for an "artsy" weekend south of Calgary with two good friends, visiting them at their new home (of about 18 months) on a small acreage in an area known as "Foothills" -- somewhere near Okotoks and Dewinton.

We had a lovely time!  Not much in the way of dyeing, painting or otherwise messing about, but a great deal of good conversation, long walks, good food, good books, and wonderful feasts for the eye: a yarn shop, a quilt shop, an art gallery, a museum and the Leighton Art Centre.


The latter is the place in which -- you may recall -- I hope to have a solo show -- and I was delighted to be able to meet the Curator, and have a wee chat.  I was also able to see the Tower Gallery, which is the space in which I'm hoping to show my work.

I'm rather relieved to realize it's not as large as it looks in this photo I found online!

The day after I returned from this mini-vacation, I was adopted by a stray cat.  The poor wee thing came to my door on the Tuesday evening around supper time -- likely drawn by the smell of the chicken I had on the barbeque.  It was very scrawny, a brown-black long hair with very matted fur, and what appeared to be an abscess on its left shoulder.

I got hold of a good friend who's very knowledgeable about animal care, and then got hold of my vet -- a stocky fellow of Ukrainian heritage and indeterminate age, who makes his living mainly with cattle and horses, but who has a soft spot for the smaller animals as well.  I arranged to bring "Mr. Cat" in the next morning.

He weighed in at only five (!) pounds, even with all that fur, and the abscess turned out to be a tumour.  The vet anaesthetized him, shaved him as best he could to get rid of most of the matting, and removed the tumour, sending us home with antibiotics and instructions to come back in 2 weeks to remove the stitches -- but to keep him posted in between on progress.

The next week was a real challenge.  Miss Pookie wasn't at all happy about this interloper, whom I'd now named "Mr. Man" -- expanded to "Mr. Messy Man" as I watched him eat!  His tongue was not only swollen, it had an old wound -- a split -- that probably came from eating out of a can at some point.  He had trouble grooming himself, and confused his litter box and a 'nesting' box I'd set up for him.

It was a roller coaster experience, with the two cats sometimes tolerating each other, but more often than not, not doing so.  Cleaning up the widespread mess Mr. M. made when he ate -- and then watching that improve as he became re-hydrated and the swelling in his tongue went down.  He was a real lamb taking his liquid antibiotics, and letting me wipe his face after his meals (I had a face cloth just for him).

I slept poorly, sometimes with both on the bed with me, and sometimes worrying about Pookie, who spent more time than ever outdoors and seemed to be subsisting on air, as she was refusing her food.

And then...it was over.  Wednesday this past week, Mr. Man collapsed after a warm sponge bath (I was cleaning his nether parts as he'd managed to mess 'em up).  It appeared he'd had a stroke.  Back to the Dear Vet, who took him into a heated kennel, and said he'd try to feed glucose and see if Mr. M. would revive.

I had to be away that evening, so followed up with a phone call the next morning...but Mr. Man was gone.  He'd tried to stand in the kennel the evening before, but collapsed again, bleeding from his nose, and quietly succumbed to whatever abuses and illnesses he'd experienced.

It never ceases to amaze me how loving a creature even for a very short time can be such a risk -- for relationships always involve risk of loss, with attendant grief and pain.

But there's no way around it; we must love anyway.

Blessedly, the comfort of good friends and the need to return to my work has restored my equanimity (for now!)

The evening Mr. Man left us, I was at the Artists' Reception for the Camrose Art Walk, with my friend and colleague, Mary Wilton.  The event was held where our work is showing -- the Jeanne & Peter Lougheed Performing Arts Centre -- which added extra excitement to the evening for us.

The attendance was not as great as expected, but the smoke from the fires in B.C. and Northern Alberta were having an impact on people's leaving home, as visibility was affected on the roadways, and breathing was a challenge for patrons with heart, lung and allergy issues.

Still, we met some very interesting folks -- and each of us ended the evening with two pieces sold!

I worked in The Shop on Thursday, and was in Sylvan Lake much of Friday, due in part to a meeting with a young woman in the Tourism area of the Town, working to establish an Artists' Co-op Gallery there.  She shared the concept with me, and gave me time to show her some of my work.  A very exciting prospect about which I expect to hear more in the fall.  Stay tuned!

Then Saturday -- back to work!  I'd been asked to replace the two sold pieces at the Art Walk, ASAP, please -- and so promised to do so by this coming Friday.  I called my framer, Andrea, and found out that she has enough moulding in stock to do at least one piece.  She'll also be able to get more moulding this week...and would get them framed so I could pick them up on a circuitous trip that will end up in Camrose on Friday afternoon.

I've never worked this quickly -- but by Saturday night I'd chosen my inspirational photos and had one 12" square canvas painted, and the background prepped for a 10" square piece. 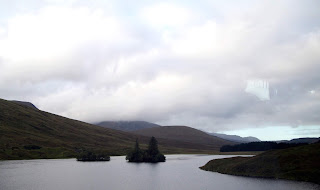 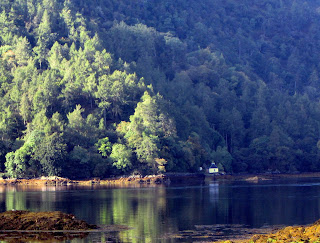 I wish you fewer 'downs' and 'sideways moves' this next week or two -- and much more peace and joy.

Linking this to Nina Marie's Off the Wall Friday..."see you" soon!
Posted by Margaret at 7:48 am

I foster cats for their local shelter, so I understand how you can give your heart to an animal so quickly. Some are with us for days, some for much longer, but they all need to loved.

Your new piece is amazing. How do you make them so quickly?

What an eventful few days you’ve had. Sorry to hear about your little cat. So glad that you’re finding outlets for your work, and congrats on selling it too. Hope the artist collective works out for you. Xx

I'm glad you were adopted by the cat, even though he was only with you a short time. You can never have too much love.

Your work is lovely. Good luck with the solo show!

Hi Margaret. Hope you get this. I have already commented in this post and STILL it seems not to get to you. I DO have a very hard time seeing the “Prove you are not a robot” things. The pics are fuzzy to my eyes and I find it REALLY hard to do.