This week's been spent re-decorating my Outdoor Studio.  In other words, I've been working in my yards (front and back) and gardens.  Now in my 7th spring/summer here, I've finally found the energy and determination to take time to enrich the soil in the beds, dig out unwanted plants and do a general garden improvement with steer manure and peat-moss-heavy "potting" soil (recommended for beds rather than pots. 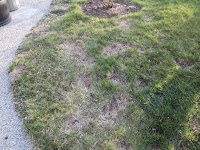 First up, the dew worms (aka night crawlers).  Big, ugly things apparently -- I haven't ventured outside in the dead of night to view them, nor do I plan to!  There's no cure that won't sicken or kill plant life, pets or worm-eating birds.  According to a venerable nursery in Lacombe, they move about in a seven year cycle, and just about everyone in this part of Alberta has or has had them dwelling under their lawns.


They are particularly partial to shaded, aged lawns with a build up of thatch, which undoubtedly describes my front yard, on the north side of my house.  The recommendation? Magnesium apparently helps the grass re-grow where the worms have been, so...sprinkle Epsom salts (dry) on these spots from time to time, keep the lawn mowed, and otherwise...live with 'em and let Mother Nature take her course.

Pretty much the same thing can be said for dandelions...except they are a bit prettier than dew worms.  I live next to a vacant lot and across from a swath of County-managed green space that lies between the public sidewalk and the street.  Dandelions come with the territory.  Every spring I wage a short battle against them with a dandelion fork; after that, I just mow over 'em. 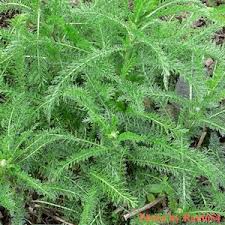 After mowing front and back, I moved on to the garden beds...where I tackled two grass-infested patches of yarrow, and an unwanted bush.

The "bush" was actually an off-shoot of one of my ancient ornamental fruit trees.  Clearly the prior owners thought it would make a nice shrub.  Alas, in recent years it failed to flourish, produced few flowers and no fruit to speak of, and lots of "sucker" branches.

I'd had enough; this year, it had to go.

I dug and dug and dug around it, till I got down to the root system.  There were 5 main roots that needed to be cut in order to remove the thing -- and amazingly, I managed to cut 'em using only my large pruners!  Then I huffed and I puffed...


I rewarded my efforts by replacing the yarrow and bush with four roses (yes, hardy to Zone 3).

Here's a close up of one... from the "Never Alone" Rose collection (red opening to creamy centre):

I also bought a yellow "Bill Reid" rose (named for a Canadian Haida artist and jeweller), a two-colour (yellow to deep pink) "Campfire" rose that honours Canadian painter, Tom Thomson, and a red "Hope for Humanity" rose, honouring the Centennial of the Canadian Red Cross but used as a fundraiser for various Canadian charities, including shelters for the homeless etc.

The rest of the week was spent clearing my veggie plot of invading "jolly jump-ups" and wild poppies (I left a few) to make room for my raspberries to spread, and for the planting of tomatoes, lettuce, lemon balm and mint, as well as planting hollyhock, forget-me-not, cowslip and marigolds in my south facing bed under the back window.

We really need rain, so I'm hoping for the forecast thunder showers to actually happen mid-week...

Then maybe I can get back into the Indoor Studio and finish my EBMC piece for May.

Oh, yes, there was feedback on my initial effort:


The sketch is really nice, it's interesting and the line quality quite beautiful...but when you put it into fabric you're being way too literal - as you noted!   I think maybe you should limit yourself to just one color, or at most two - and use many different values of that color....so your ideas are working, your sketches are working...but the color and fabric choices are not yet there.

So square it off, make a copy, do a value study - or more than one - choose ONE or TWO colors, colors that you have a lot of different values in...and follow the sketch as literally as you can. and you'll have something really wonderful!


I've not done the shading in of the values as suggested.  Instead, I scrapped the entire piece and have returned to piecing skies and flowing hills -- several values of blue for the one, and greens for the other.  Wondering if a pop of another colour is needed...but it's not over till it's over...

Linking to Nina-Marie's Off the Wall Friday...and going back out to the garden with a cuppa coffee and a good book.  See you later!  :-)

I am relating to a lot of the yard issues. not dew worms, I have moles or something. and dandelions. Best is to try and keep around the flower beds dandelion free but... :( Just mow! I dug out lots of old junk and I want some nice zone appropriate new. I saw that rose! DH wants more roses. We'll see. I also find it hard to stick to original plans and always try to improve but don't often suceed. ;^)

Margaret, I think I have to agree with E on this one. Your sketches were great. In fact when I saw them all together I thought the arrangement was really interesting. A blue and green color scheme sounds good. Now it will be all about the values.

I am glad that you took E's comments and are integrating them into your play. Maybe eventually you will want to come back and apply them to that sketch. In the meantime, just enjoy the suggestion to play more with values...a neat way to add depth to a piece.