I seem to have asked that question twelve times this year, as one month slid into another.  How'd that happen?!  My mother told me almost 50 years ago that once I turned 21, time would speed up and the years would fly by.  She was right!

I do know how I've filled some of my time -- at least, since Friday... 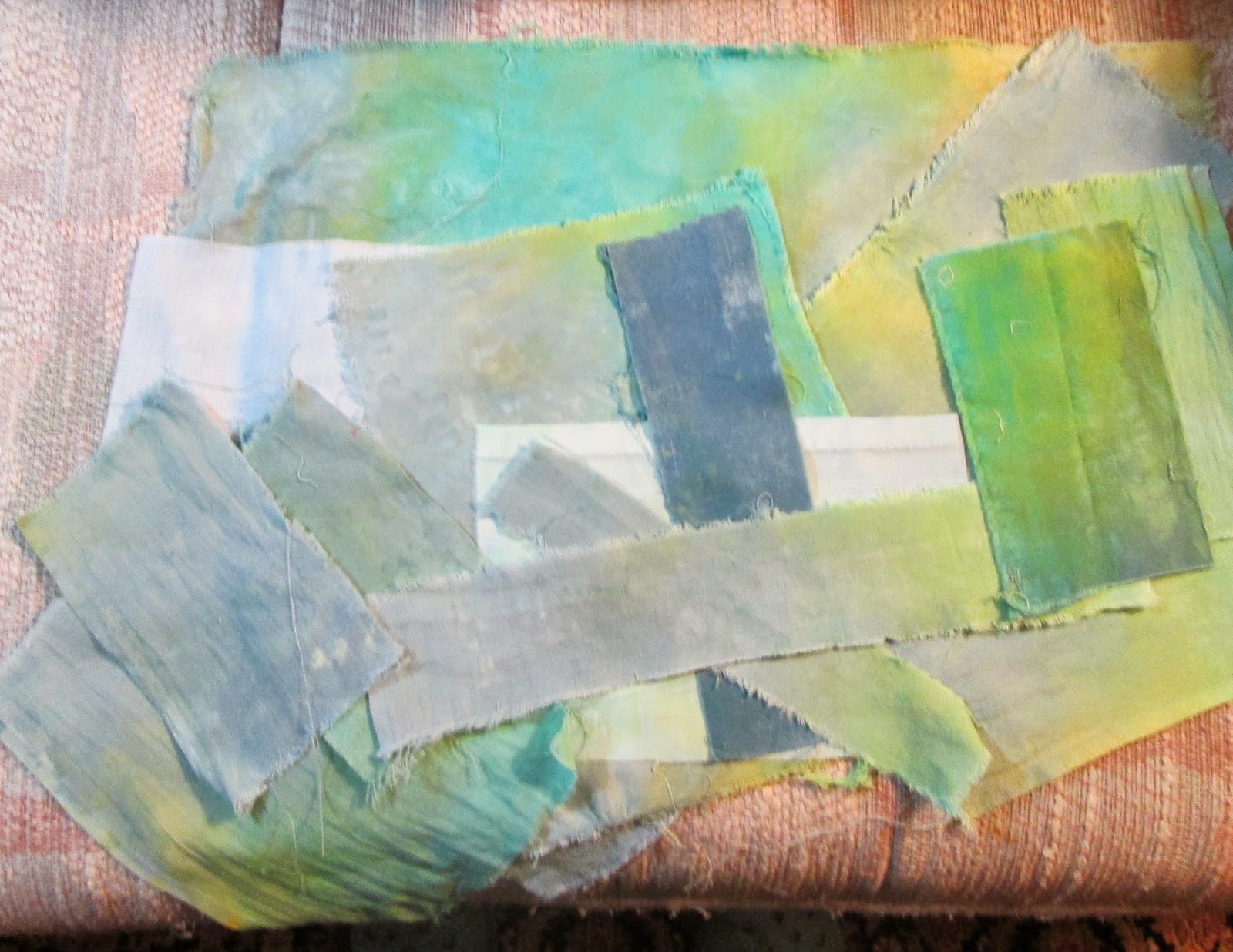 Yes, the colours are more muted than many of my previous efforts, and the dye is more evenly distributed.  First, I attribute this to my layering these small bits and bobs of fabric rather than scrunching them up under the snow.  Second, I may have let the process go on a bit too long -- there was a lot of melted snow when I finally got to rinsing it.  Note the two really pale pieces; those are a remnants from a white sheet that was a poly-cotton blend.  The 'poly' part just doesn't absorb MX dye the way the 'cotton' does.

Am I disappointed with these results?  Not a whit!  Remember, my 'go to' pieces are miniature rural landscapes, and these will make wonderful fields and skies. 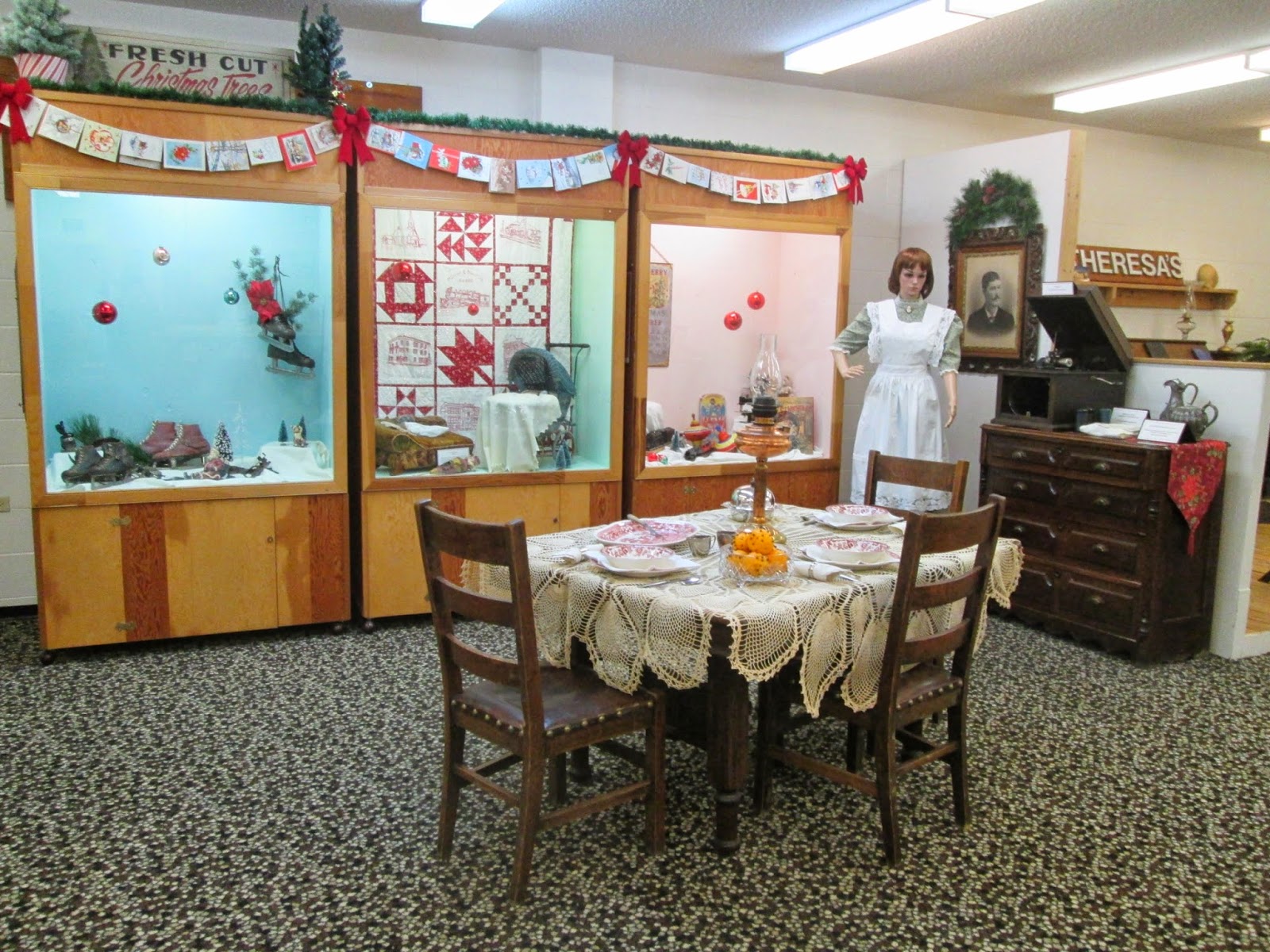 Above is a portion of the main room of the Museum, taken just before the doors opened for yesterday's event.  The quilt in the centre cabinet was done in honour of the hamlet's centennial in 2012 and donated to the museum by yours truly (blush). 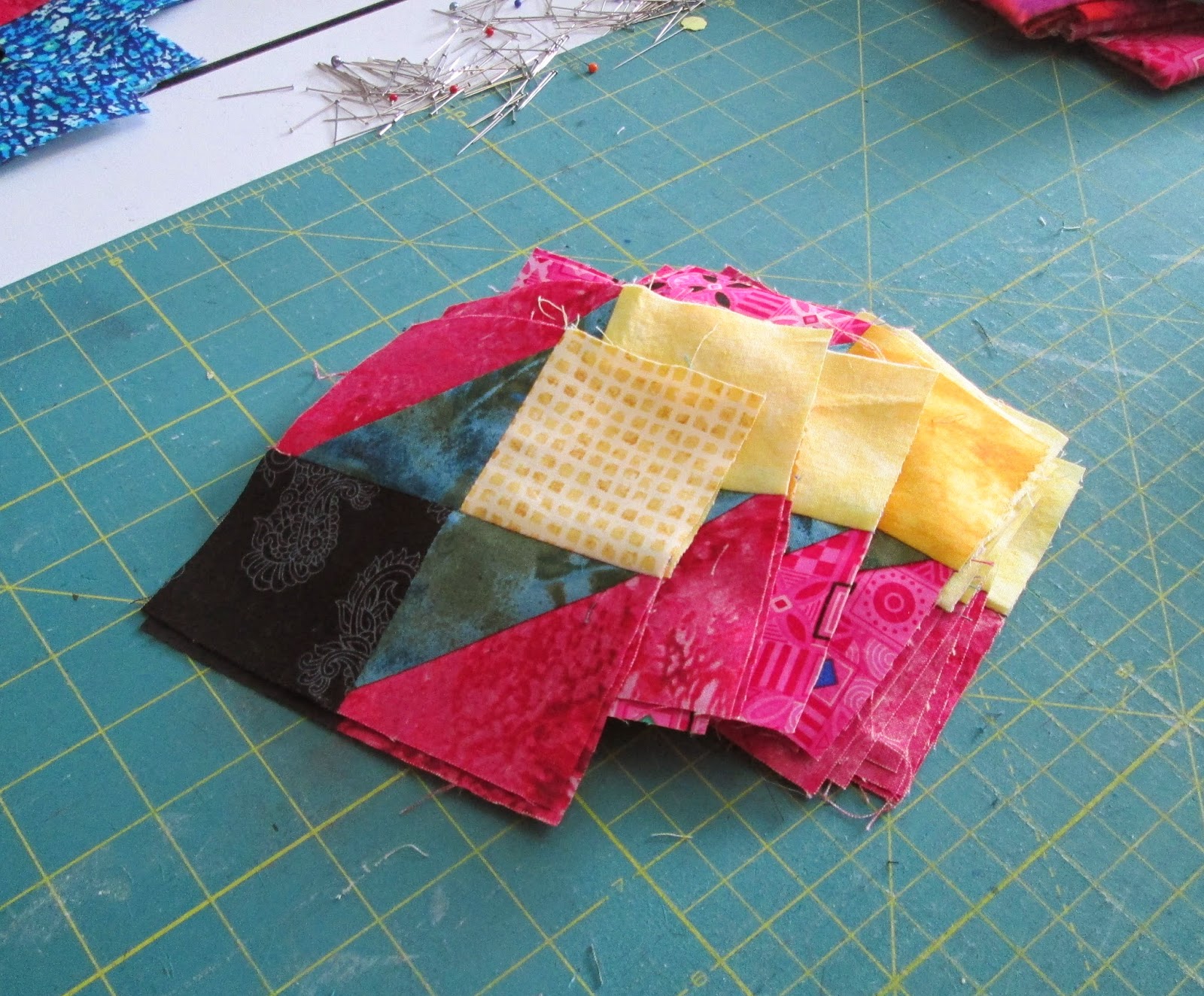 Aren't they pretty?  I stumbled on a 2 1/2" strip of yellow in my stash, and it's taking me through most of the blocks.  Twenty-five is 1/4 the required number; I'm debating assembling 25 more (to bring it to half)...concerned about the amount of yellow I have left.  (Remember: I'm determined not to buy fabric for this one!).  You can see too (just barely) that I have a mix of pinks and "turquoises" (and blacks, though you can't tell that in the photo).  Going for as-close-as-I-can-with-my-scraps! And...
This is not my usual cup of tea but the fabric was so pretty I had to collect it.  Here's Block #12 - "Army Star" (I didn't make up that name and don't know it's origin.  If one of you can enlighten, Gentle Readers, I'd appreciate it!)  All I know is, this one is my favourite of the bunch because it's so festive!

While all this piecing's been going on, I've rested my brain from the last 15 x 15 Group Challenge.   It wasn't long till I was pondering a couple of new art pieces...

I'm linking this up with BKH's Mystery Monday Link Up Part 1...and settling in for an evening of reading and embroidery...just for a change.

Time is surely slipping through the ol' hour glass pretty quickly. Glad to see you are making good use of your 'sand'!!!

I love your snow-dye fabrics...but then I am a muted-colors-kind-of-person. Your pieced blocks are lovely! You stay so productive! You are also right about time....the older we get, the faster it flies....

You are certainly making the most of the time as if flies by.

It has happened because we are having FUNNN! You know what they say, "Time flies....." Enjoy :-)

I love the way the colors turned out. I suspect your subconscious was thinking 'landscapes'.
Love seeing and hearing how all your projects are going.