Getting Back to a Routine...

First I have one more out-of-town trip.  The good news is its an Artist's Date of a sort, as it's to a by-hand-needle-felting workshop at the MAIWA Studios on Granville Island in Vancouver -- part of the annual MAIWA Symposium.

Meanwhile, though, I have been trying to get back into some sort of sewdio schedule.  It's been a challenge.

First, I had to catch up on my correspondence.

Second, I had to keep up with my SAQA Co-Rep Stuff -- which is really ongoing.  Now that the September workshop is over, my mind has turned to SAQA's 25th Anniversary Trunk Show -- in this case, Section F, which is currently showing in B.C. but will be on its way to Alberta at the end of October.  I've been trying to line up places to show it, including two major shows -- one in April (Central Alberta Quilters' Guild) and a BIG one in June (Quilt Canada, at the University in Lethbridge, AB).  In between, the Trunk will travel to Saskatchewan, Manitoba, back to B.C. and then again to Alberta.  Phew!  I'm so grateful for my Co-Reps in B.C. and SK/MB who are sharing the load!

Third, I have minis to make...and I began a pair, one of which will go to the local gift gallery and the other, as a 'thank you' to the family with which I'm staying in Vancouver: 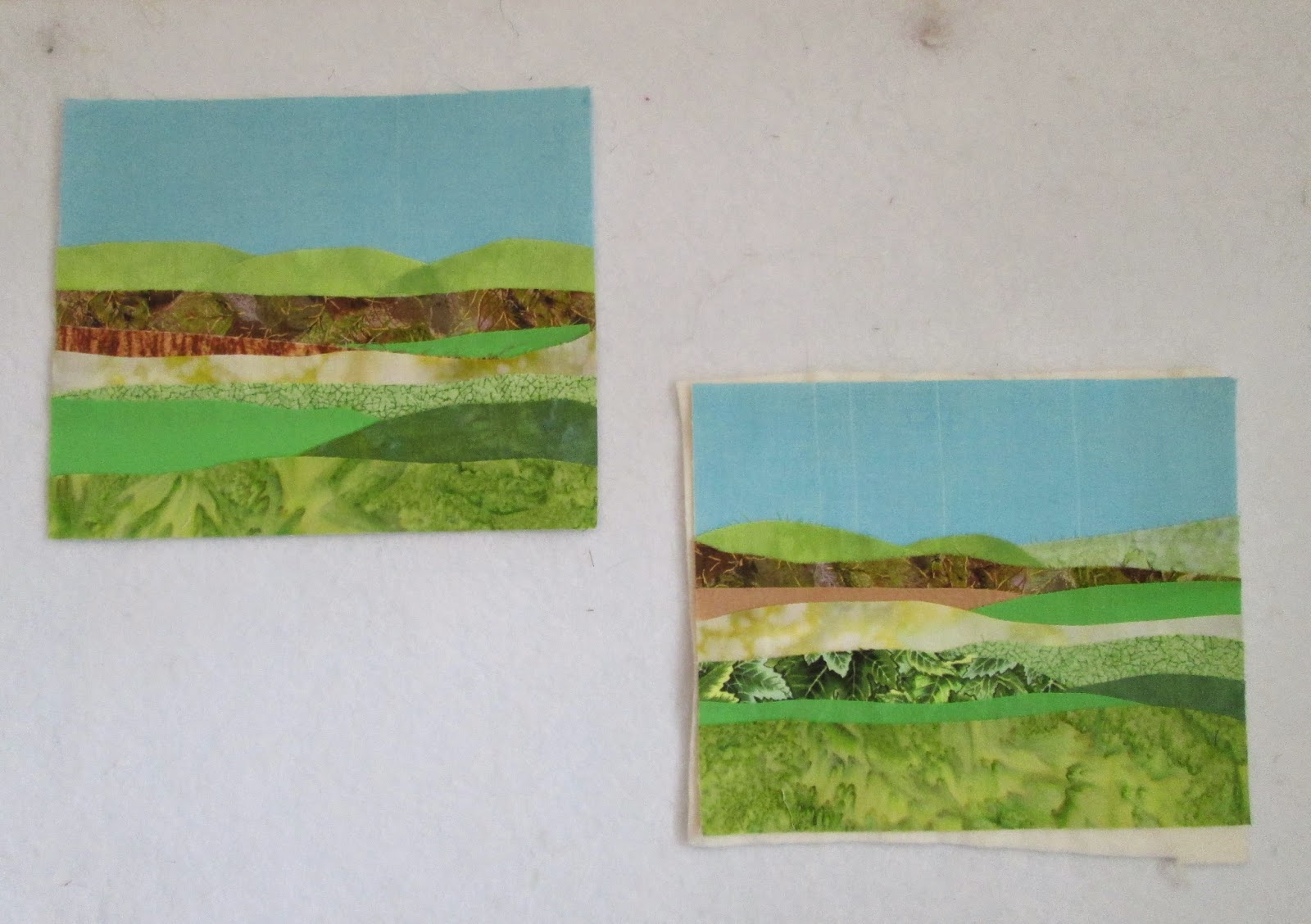 The working title was "Fifty Shades of Green" (grin) but during my morning jog I came up with the idea of doing a series of them across the seasons, so this will likely change.  Stay tuned!

Then there are various projects in the planning stages...and knitting (ongoing progress) for Christmas....Here's a quilting teaser...yes, OPI, in lovely, rich colours:

As I cut and pieced for the minis and the squares, I watched several episodes of The Quilt Show -- catching up before I have to renew my subscription (this week).

Definitely an ideal afternoon in my 'happy place' -- but it's a mixed blessing.

The past few weeks, for the first time since last November when I upgraded my internet speed/service, I've been able to watch programs without the glitch of constant buffering.  I suspect it has something to do with the new tower planted in a field down near Clive (about 20 km from here)...so, like I say, it's a mixed blessing.  I can enjoy a one-hour video in one hour, not three, yes, but it's taken out a chunk of a rancher's field...

And on that wavering note, I've got to get back to those minis!

Linking in to WIP Wednesday at the Needle and Thread Network.  Catcha later, eh?