Roses are Beginning to Bloom

Yesterday I had lunch with my friend C and showed her some sampling I'd done on the "grid" for the Mackintosh-themed piece.  I'd put two squares of painted Wonder Under on my sample...but they looked rather stark to me, and I'm going for subtle.

Clever gal, C suggested using a red/variegated thread -- to key in with the roses.  Early this morning, I gave it a go: 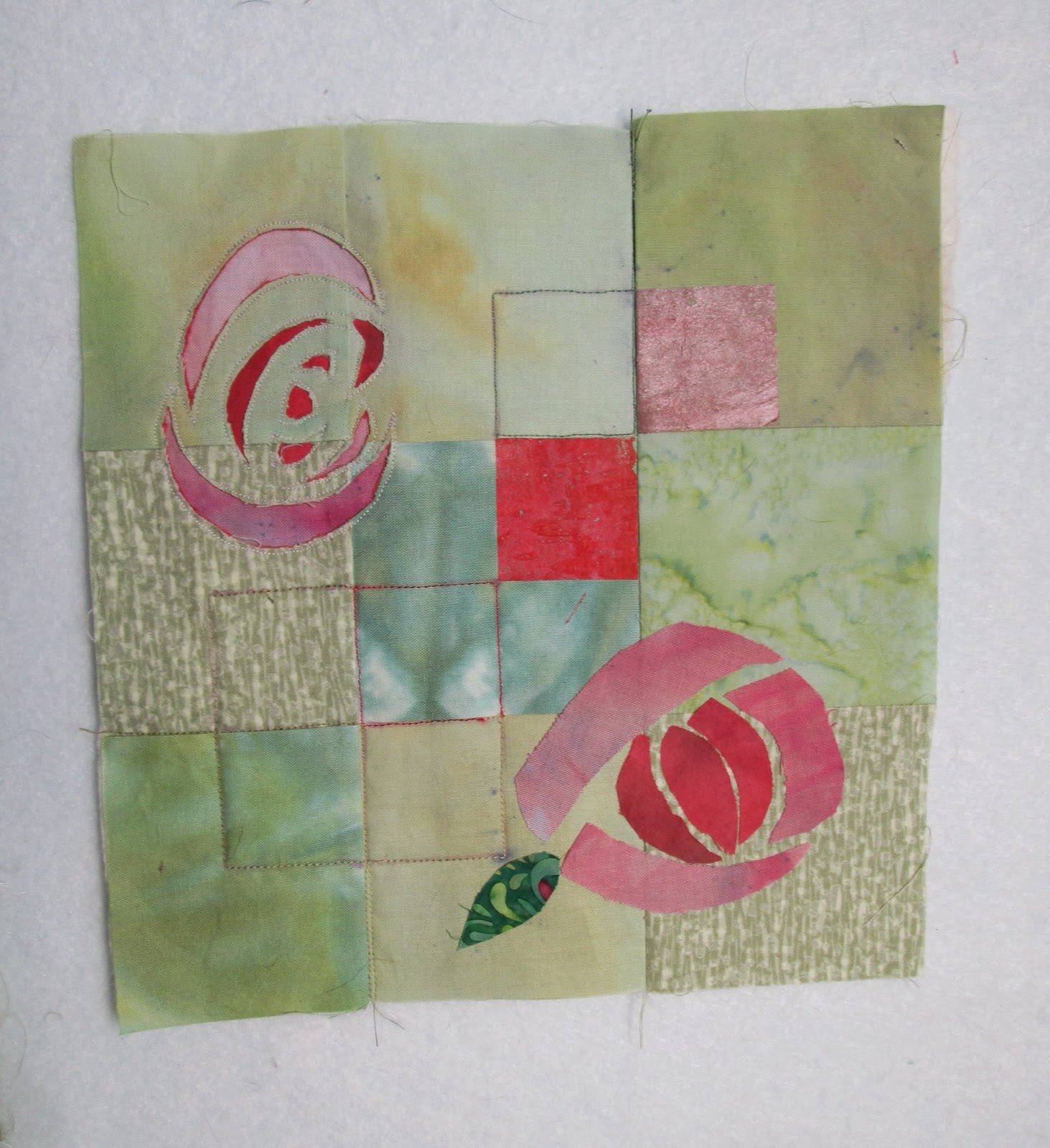 You can see the painted WU squares very plainly.  I marked off the "grid" squares with that purple pen that disappears in the air, and then auditioned four threads: a variegated red and three variegated greens.  It's a bit tough to tell in the photo (the purple pen was still in evidence) but as of this moment, I'm liking one of the greens best -- a Sulky 'Blendables' selection, #4019 -- Forest Floor.  One of the other greens had too much yellow in it, and one, too much blue.  As for the red...it was more subtle than either of the WU squares but not subtle enough.  Of course, I'll not really know for certain until the roses are applied to the background, which I began to do this afternoon.

First, a reminder of the inspirational photo for the roses, a bouquet from the garden I used to have in Calgary: 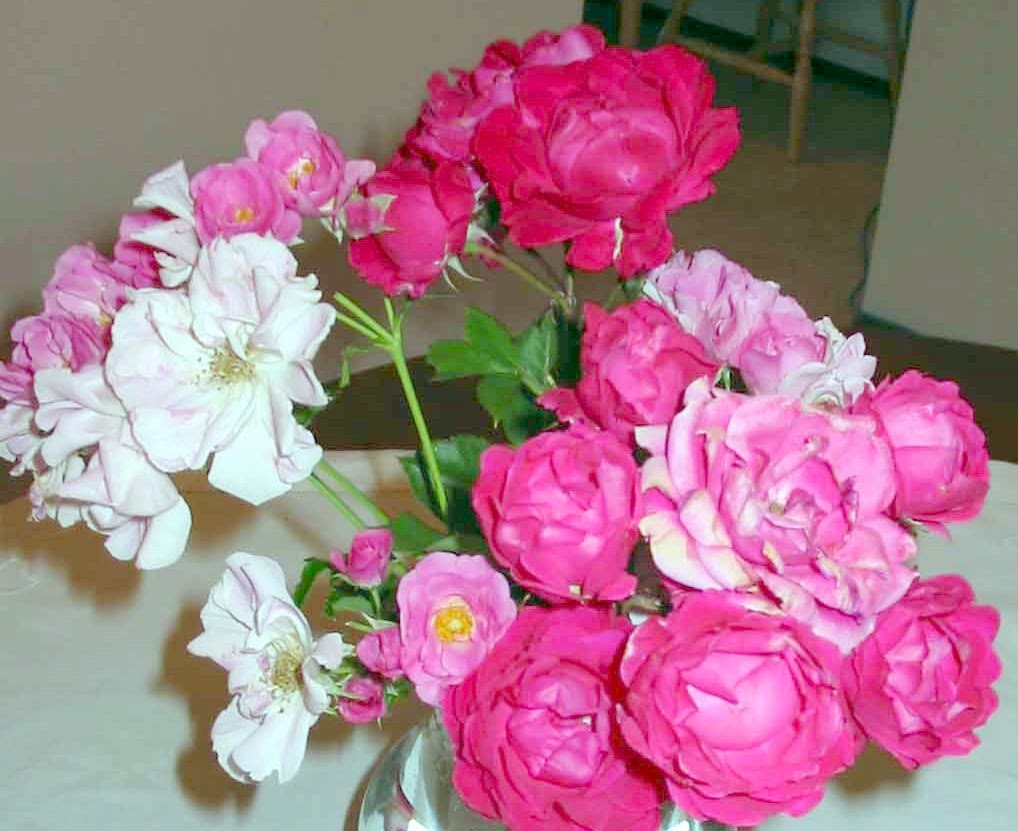 I began in the lower left of the piece, working in pinks.  Here are the first two roses, fusible web applied, positioned before fusing:


And here they are, fused, on the design wall:


Note that I've intentionally left narrow spaces between the pieces of each blossom, patterned after Macintosh's Glasgow Rose, so they are stylized rather than representational.  All the blossoms have been traced from the transparent "pattern" sheet on to Wonder Under, and I'll add them gradually to the piece, using the transparency as a guide for positioning.  So far... I like it!

In other news, Rural Rhythms will be part of the Focus on Fibre Arts Biennial Show, "Prairies", this year.  Due to an e-mail that vanished in cyber-space, it took some time for the news to reach me, but I am pleased.

And here's one more mini.  An acquaintance from my days as a member of  the Alexandra Writers' Centre in Calgary spent the better part of last year working in the United Arab Emirates and blogging about his experience.  Bob is a skilled writer and his posts from overseas were always interesting and colourful.  He also took great photos and has given me copies of several to use as inspiration.  With his permission, I used one to create my latest miniature:


Music fans might recognize the two plays on words in the title.  ;-)
You can find the inspirational photo on Bob's blog HERE. (scroll down)
Materials: hand-dyed silk, hand-dyed semi-synthetic fabric of unknown origin, grey tulle, painted fusible web, a snippet of black commercial cotton, Pitt (R) pen and a bit of InkTense pencil.

Linking up with Nina Marie's Off the Wall Friday...and then curling up with a good book.  It's been a very full day!

I really like what you are doing with The Macintosh roses! Love the little mini too?

Congrats on Rural Rhythms getting into the show. Silvery moon is gorgeous. I love the colours and proportions of the piece. It's so restful. I love the direction your going in, with Macintosh's Glasgow Roses. Thanks for sharing your process.

Good for you! I do like the stylized aspect of the roses. Wonderful.

Hi Margaret,
I am catching up on blogs. Congrats on your acceptance. I really love the way you are creating your roses! Love your latest miniature too. Way to go!