Around here, anyway.  I managed to get the lights up on the cedar next to my front door, just before the snow hit on Thursday (and yes, they're LED lights!)  Since then, I've hibernated from the snow and cold with a variety of projects, including these:


This is the Japanese-style hanten jacket I've been working on for my son (he doesn't read my blog, but he's aware of the jacket since I measured him for it in August).  The body is from quilt backing -- nice and wide -- and the sleeves are pieced from fat quarters of Japanese print fabric that I've had for some years.  The collar is sashiko embroidery -- I spoke about this in an earlier post, I know, but now the coat awaits only its hem.

In the Japanese tradition, I designed a kamon for the back of the jacket.  According to Jenni Dobson's book, Making Kimono and Japanese Clothes, the kamon is a type of family crest, indicative of the wearer's heritage.. 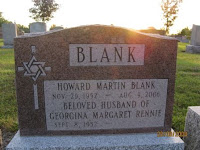 Now, my late husband's family is Jewish, and mine, Christian, so I designed a motif to bring the two traditions together.  It is similar to the motif that's on my husband's headstone, given that he embraced the Christian faith about ten years before he died.

The motif is a combination of applique and embroidery; the cross in the centre of the star is done in chain stitch, with white silk thread.

And yes, I've been working on those quarter square triangles for the Orca Bay Mystery!  I cut out and marked another thirty squares last night.  Having been given the gift of time today -- most of my Monday-in-Lacombe activities cancelled -- I'll be sewing, cutting and pressing within the hour.  :-)  As Bonnie has managed to figure out how to link up blogs to hers for 'Show & Tell', stay tuned for photos!